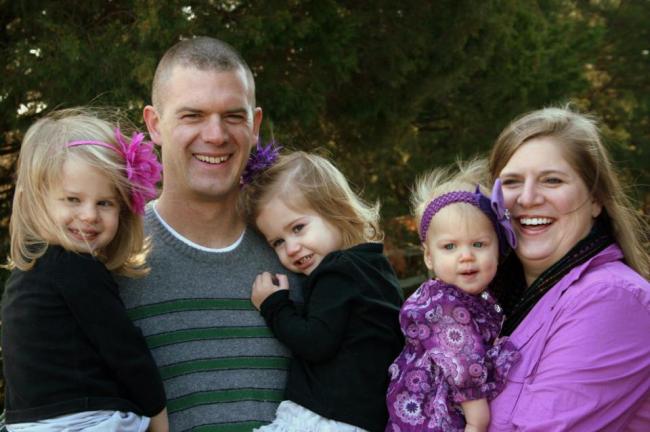 I was never particularly close to Jon and Ashley McPherson. I volunteered at children’s church with them on Sundays, but what I didn’t know was that they would do something that would alter the course of my life forever.

Back in 2009, I was looking into what I could do after college. I had been on a journey with the Lord that year deciding between grad school or Elevate, a discipleship training school that is the first step towards going to the nations with Antioch. Due to some inner turmoil, I had been thinking about grad school mainly because I wanted to get out of Waco and run away from my problems. I wanted the easy way out. The Lord wrestled that out of me and showed me that being true to Him and to myself meant sticking it out in Waco and pursuing what I really wanted: being trained as a missionary and going overseas to do cross-cultural ministry. This, however, provided for me a big hurtle. How was I going to pay the school’s tuition?

I knew my parents would’ve given me the tuition money because they’ve always been more than generous with me, but I had graduated college now and I didn’t think it was honoring to them or the Lord to continue living on their paycheck. I found a job, but there was no way I could save up enough by the end of the summer. In desperation, I emailed the administrator for Elevate and asked if I was allowed to raise support for the school’s tuition. The answer was no. So I was stuck. In faith, I chose to apply for the school anyway and trust God to provide somehow for the school. That’s where the McPherson’s come in.

My roommate Zach had been volunteering in kids’ church longer than I had and he had a better relationship with Jon McPherson than I did. One day, Jon called Zach and said that they had acquired a bit of money they wanted to invest in God’s Kingdom. He wanted to know if there was anyone going on a mission trip that summer who needed the money. Zach said, “no, but Adam wants to do Elevate and I know he needs tuition money.” So Jon got in touch with me and our email conversations went something like this:

“Hey! I heard you need Elevate tuition. How much do you need?”

“Well, I actually don’t have any money to put towards tuition, so just sent me what you feel led to give.”

“Great! Well just send me how much tuition is and I’ll put a check in the mail.”

About a week letter I received notice from the school that I owed nothing on my tuition. I couldn’t believe that the McPhersons had not only donated toward my tuition, but had paid the whole thing. They made a way for me to do Elevate, where I would meet my wife, gain clarity on my calling and purpose in life, and move on to be in the Church Planting school now, preparing to move overseas. The Bible teaches that, while we had earned the wrath of God, Jesus made a way out of that wrath and into the mercies of our Father. 2 Cor. 5:21 says, “For our sake he made him to be sin who knew no sin, so that in him we might become the righteousness of God.” So Jesus didn’t just save us from the consequences of sin, but he changed our identity. One minute we were wicked, the next we were righteous. That’s the aspect of God that I learned from the McPhersons. There’s a truth to life that, when someone makes a way for you, when they pay your debt, something inside of you invariably changes.

Now I have to take a minute to brag on Emily and my supporters here… Because as we’ve been raising the funds necessary to move overseas, it has been changing us day by day. Every time we sit down in front of someone and say “You’ve already given us so much and we could never repay you. Would you like to give more?” we are deeply humbled. And that humbling works its way into a deeper place when our loved ones smile at us and say, “Of course we will!” Emily and I are convinced that we have the best supporters on the planet! They remind us daily of the goodness and generosity of a God who makes a way for His kids. We can’t help but be expectant to see Him make a way for those that don’t know Him in India.