The past few months have been a whirlwind for us and the next few months will be as well, so we wanted to take a minute to fill you in on life this spring. A lot of you saw our previous post about the great trip we took to Maryland. It was definitely a great trip because it served as a “last vacation” of sorts before we move to the Eastern Hemisphere. But it was also very needed for Emily and Agnes to say goodbye and an unexpected blessing in the form of a new group of people whose hearts we connected with in both support and friendship. Since then, we’ve continued to work on raising the last of our support…

A few weeks ago, we ran into a snag when we learned about some Indian tax laws that neither we, nor any of our on-the-ground contacts, were aware of us. This caused us to add more money to our monthly budget and set us back in fund raising percentage. It was definitely unfortunate to find out about, but we are thankful to have found out now, rather than later when we have been on the field for some time.

Still, God is faithful and His Church is generous. Since finding out about these tax laws, we’ve nearly raised the money to be back where we were before finding out about said laws. Also, He used this situation as confirmation: We had been considering delaying our date of departure by about a month, and this new information about taxes seemed to confirm that decision. 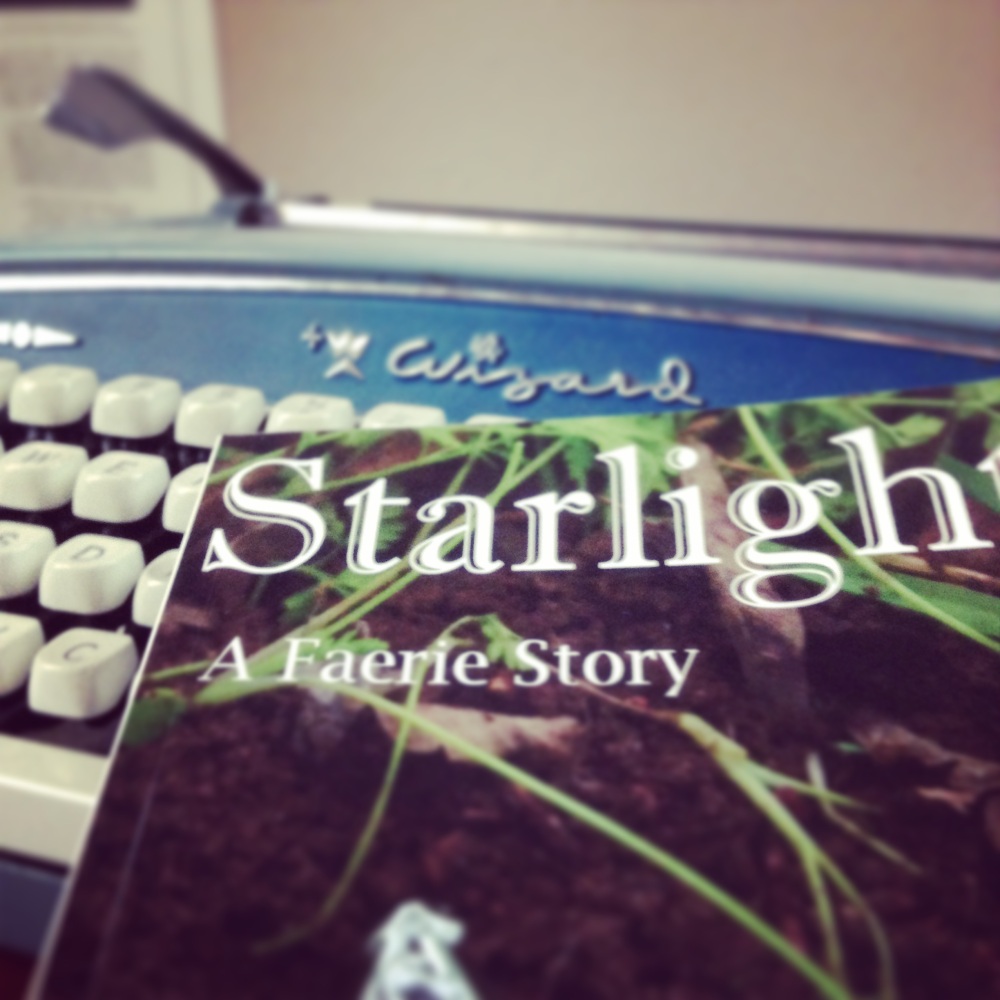 In other news, we are more or less finished raising our start-up funds! Our initiative to give copies of my book–Starlight–and Emily’s Spice Packets were met with great enthusiasm and, as you can see from our Startup page, there is only a small amount of funds left to raise, but we are expecting this money to come in when we sell our possessions, which brings me too… 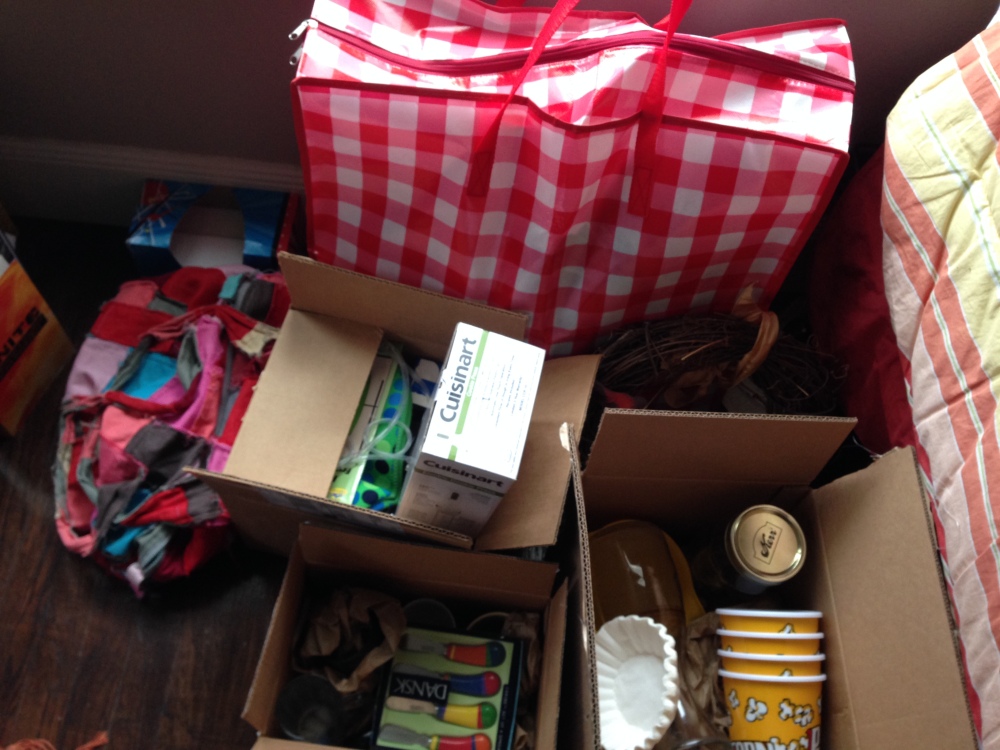 Moving is the most daunting project for the month of April. We are currently in the process of packing up our entire apartment, which also means sorting through what we want to sell, what we want to take to India, and what we want to store in America. At the end of the month our lease will expire and we will be moving in with Emily’s parents (who live down the street). We will also be combining our things with our good friends the Stokers, who are moving to Japan, and having a gigantic garage sale. I think the packing of our apartment is really making our impending life change feel quite real. We have lived in the same apartment ever since our wedding day 2.5 years ago. We’ve never known another home as a couple, and there is so much that won’t be able to make the journey with us. It is a difficult but necessary part of this crazy process.

In other news, we have an apartment in India! A sweet friend in our organization recently moved out of her apartment in India which is the perfect fit for us… And cheaper than we had anticipated! As many of you know, we are moving to a “landing city” for the first ~year we are there to lay some strategic ground work and begin language study, then we will be moving to our “target city.” So this is just a temporary home, but it is far easier to find a home in country than it is from the other side of the globe. This is a huge blessing! But enough of that, we know that what you REALLY want is pictures! Enjoy…

EDIT (April 24, 2014): Unfortunately, it’s looking like we won’t be moving into this apartment. Asian culture is a bit different than ours so, when we had communicated with the landlord of this apartment, we felt that it was a done deal. However we recently found out that the owner had leased it out to someone else. Don’t worry; we never put down any money for it, and we should be able to find another place. But these pictures do give you a pretty good idea of what Indian housing looks like to feel free to check them out anyway! 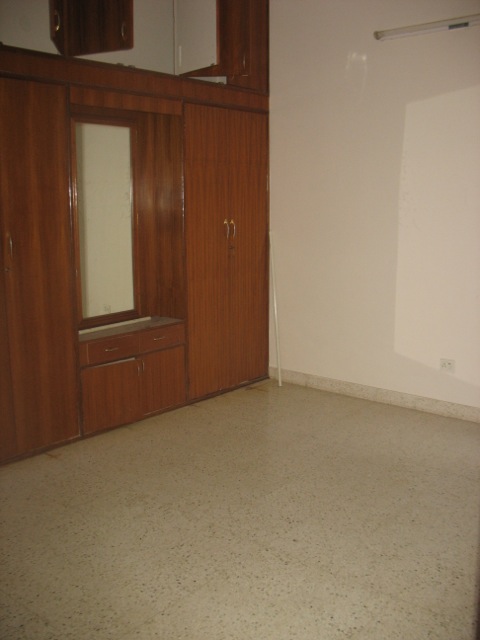 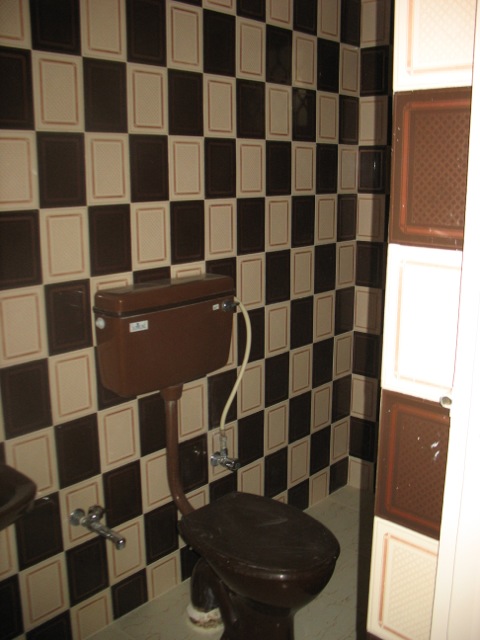 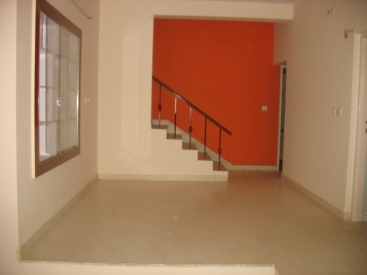 Beautiful Tree outside our apartment 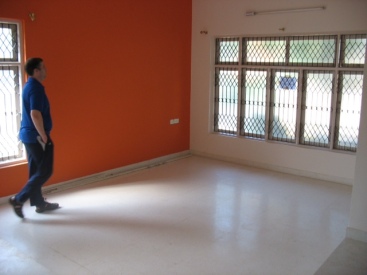 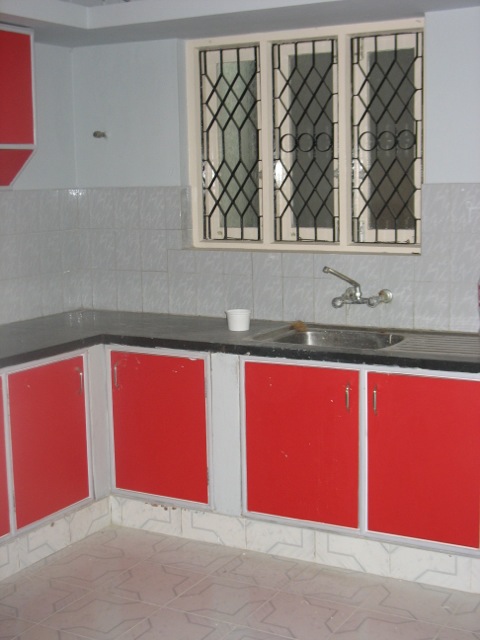 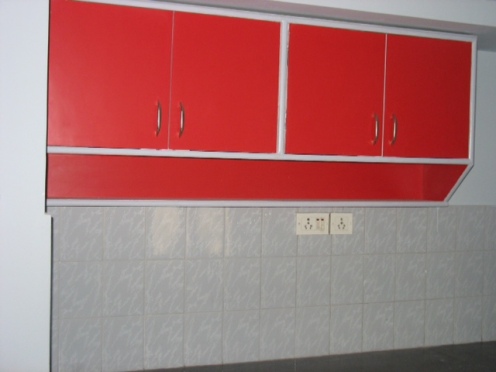 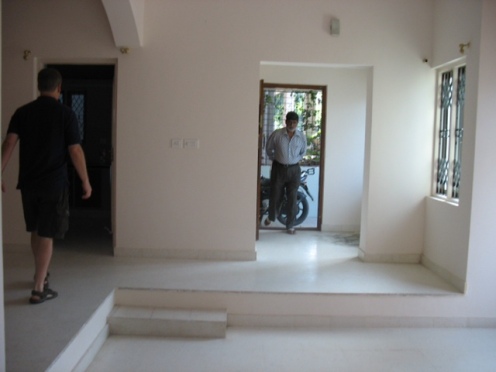 We are also working on our visa situation. The recent tax law discovery has set us back to the drawing board on visas, but we have begun investigating a different kind of visa with our Strategic Coordinator which actually seems to be an even better fit! Please pray that this process would move along swiftly. 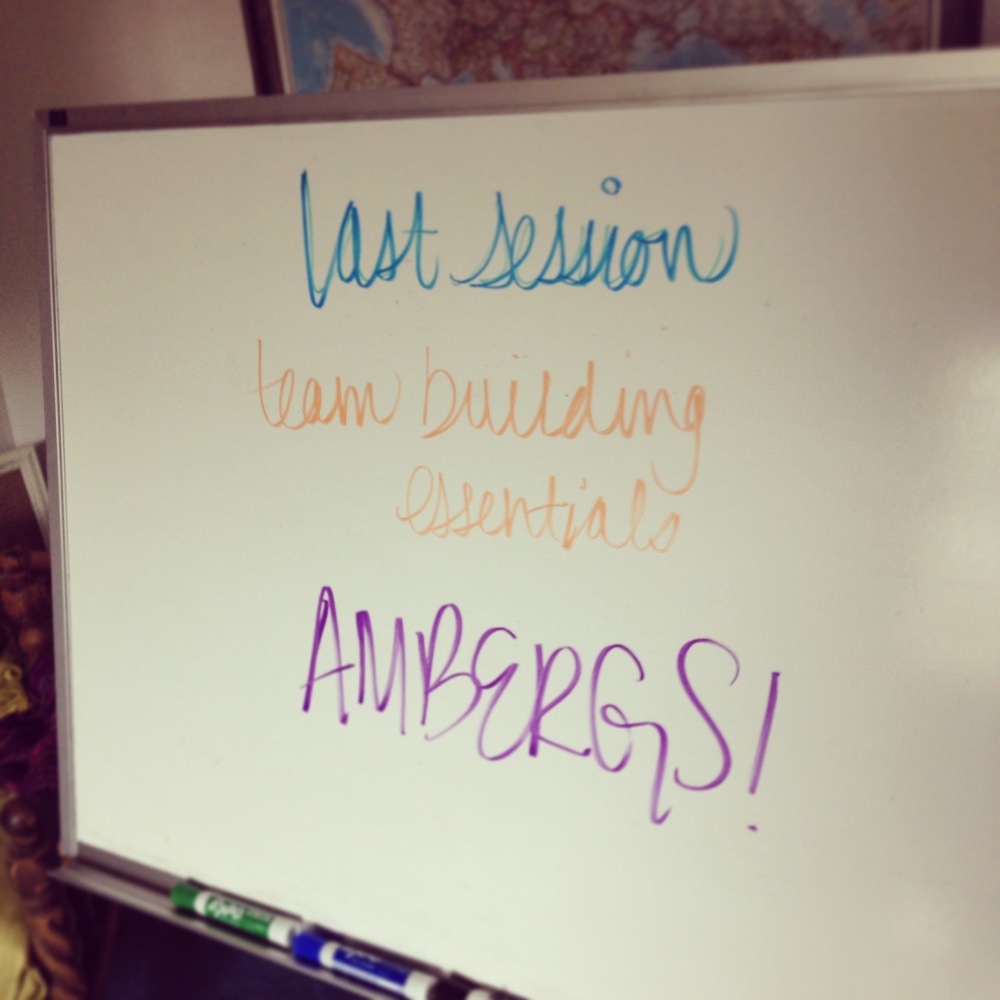 Another big milestone for us is that we have recently finished all our training and preparation. The Team Building Department in our organization passed us with flying colors and even agreed to go out for dinner with us at an Indian restaurant since we all enjoyed our time together so much!

We’re not in India yet, but it has been in our hearts to serve and build the Church in Waco before we leave. The main way we’ve been doing this has been through Inner-City Kids’ Lifegroups. We’ve been using what we learned in the CP School to plant small-group Christian communities among children here in our neighborhood. It has been really encouraging to see God move on this! Months ago when we first set out to start these groups, I was assuming that we would just start one but the Lord spoke to me that I was dreaming too small. So I figured we would start two before moving. I’m glad to say that we have seen 4 groups start since we began! Although I have to admit, one of the groups multiplied into two because there was a cootie issue between the boys and the girls 😉 Even more exciting, we only actually lead one group because our kiddos have taken responsibility and leadership over them and are leading their friends to Christ and forming new groups themselves! It is truly impressive to watch how the Good News spreads among hungry hearts.

Another fun way we serve the church lately is through “Alaska Jack.” This is a series of kids videos our church is making in order to disciple Lifegroup kids in a fun and engaging way. Alaska Jack is an Indiana Jones-esque hero who is on a quest to discover “the ultimate Truth.” Our church’s videographer is producing the videos and has hired me as a co-writer and actor (I play the villain, “Dr. Eyeball”) and has also hired Emily as his production assistant. Seven of the videos are already available online and ten more are being produced now. If you would like to watch one, I’d suggest you start with my favorite episode! 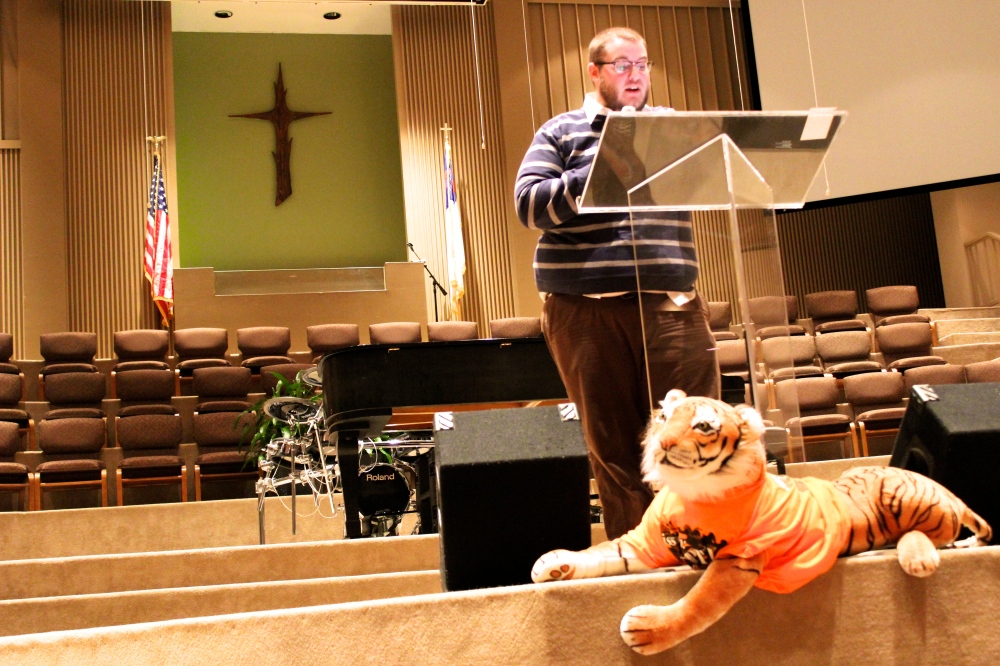 Lastly, April has provided some fun opportunities to serve the Church through preaching! I recently had the opportunity to speak during chapel at a Christian elementary school in town and later this month I will be teaching on Biblical Justice in Antioch’s Discipleship School! 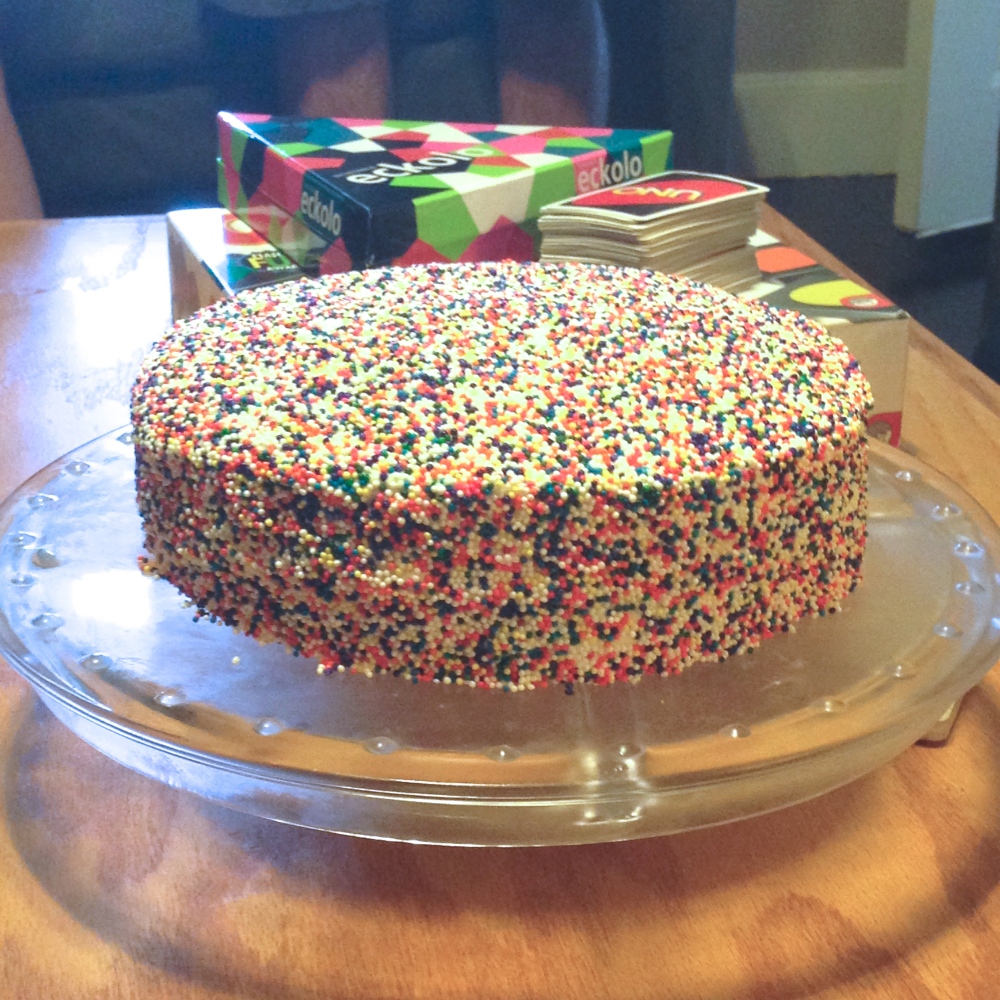 The spring also brings both of our birthdays with it! To celebrate Emily’s we had a bunch of friends over for a “baked potato bar” and an EPIC sprinkle cake! Even though my birthday isn’t for a few more days, we still went ahead and celebrated it by inviting friends to come see the late-night premiere of Captain America: the Winter Soldier with us! Needless to say, it was awesome 🙂

You can also pray for our community here in Waco if you get a chance: We are part of a small group community with three other couples, but in the next year, we and another couple will both be moving overseas as foreign workers, leaving the rest of the group behind to decide what to do about the group! We would appreciate prayer for our friends we leave behind, but also for us to get good quality time with them before we leave.

Lastly, we are attempting to savor all the time we can get with our families in these last few months. We will be moving in with Emily’s parents and taking more frequent trips to visit mine in Houston as our date of departure draws near. Please pray for sweet intentional time with the most important people in our lives!

We try to keep our updates primarily filled with pictures, but we know some of you like to read all about our lives, so it’s good to post a more text-heavy blog every once in a while to keep you all in the loop! You can finish reading here if you like, OR you can keep reading for some funny anecdotes that aren’t quite important enough for a life update, but are entertaining nonetheless!

One of the kids in one of our life groups is really addicted to a particularly violent video game. We have talked with him before about how he consistently has bad dreams after playing the game, but he says he can’t help but to play it. So, we’ve been praying that Jesus would breakthrough into his life and make him stop playing the game somehow… Well, Jesus answered that prayer in an unexpected way! One day at school, our kiddo was telling some friends about Jesus and they told him “Jesus is lame,” so he got really mad and threw his shoes at them! Of course, he got in trouble and when he got home from school his aunt said “It’s because of that darn video game!” and she took it away! Problem solved? 🙂

I attempted a really great April Fool’s prank on one of my friends… I left a message at his company asking for him to please call Mr. Behr right back and left the phone number for the local zoo. My hope was that my friend would call the zoo and say, “Is Mr. Bear there?” but alas, the zoo was closed when he called! Oh, well…

Also, this really doesn’t have anything to do with anything, but I thought this conversation with my phone was funny…