A friend of ours told us once how she teaches children to adjust to big changes like moving overseas. It can be hard for little ones to understand that sometimes life is full of paradoxes and they can get overwhelmed thinking about how some things in the move are good and some are bad. My response… That’s only for kids? I feel that way so often. So, our friend taught us what she teaches the kids with whom she works. To think of life as a “pair-a-ducks.” (Get it?) One duck is the yuck duck and he represents all the stuff we don’t like, but the other is the yay duck. There are even cute little rubber duckies to go with the exercise but I’ll spare you…

So I thought that I’d introduce our beautiful new, “face-lifted” blog by sharing a few of my (Adam’s) “yuck ducks” and “yay ducks” about moving to India. Without a doubt, the thing everyone has been asking us since we moved is, “so how’s India?” So it seemed a blog post was in order. Enjoy! 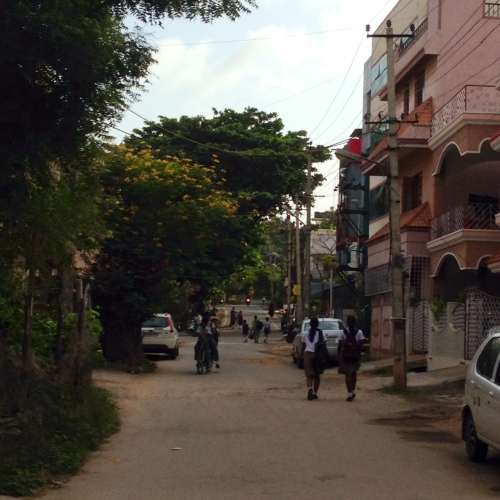 Our neighborhood is a quiet (compared to the rest of the city) and peaceful little sanctuary in the midst of one of the biggest, oldest, most crowded cities on the planet. We have several great businesses within walking distance, including our bank, and a great supermarket. And if something’s too far away, EVERYONE DELIVERS FOR FREE! It’s incredible. Just today, Em and I realized that we forgot one item for dinner tonight, so we ordered it. One. Item. Chapati (which is like a tortilla). A little guy in a scooter is going to show up at our house in a few minutes and give us one little package of chapati. It’s amazing. But my favorite thing by far about our neighborhood is this sweet little park around the corner from us where every weekend, a ton of families go to play cricket and soccer and play on the playground and socialize. It’s a wonderful family-friendly environment where we can meet people!

It smells, and it’s pretty hard to avoid. It seems like everybody who’s been to India talks about how much trash is everywhere. It’s interesting. The inside of any building is typically immaculate, but the streets are super dirty. The city is launching a new initiative to curb the trash by composting. They have asked all citizens to separate their trash by “wet” and “dry,” but when the trash guys show up, they throw it all in the same garbage truck anyway. What’s worse is that they will then take all the trash to a street corner and dump it in order to sort it (again). I think they do this because it creates jobs and, with such a huge population, they’ll do anything to create jobs. But at the same… you know… There’s trash on the street. 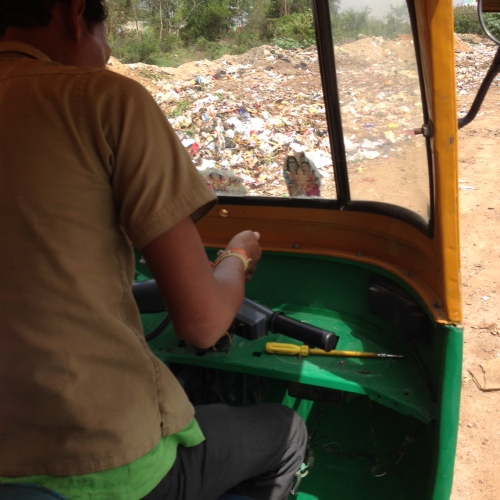 The cool thing about rickshaws is that they’re everywhere, and they’re dirt cheap. No matter where you are in the city, you can flag a rickshaw down and he’ll take you pretty much anywhere. To get to the other side of the city (which is quite a long way) it might cost ₹250, which is about $4.17. And that’s unusual. With all the places we need to go, our rick fare is rarely more than ₹50-100. There’s a certain freedom that comes from the ability to get anywhere, anytime, without going bankrupt.

Yep. It’s a love/hate relationship. This is because rickshaws are typically piloted by the sneakiest little guys that have all kinds of tricks in order to make a few extra rupees. They have a meter, but when they see that we are foreigners they typically don’t offer meter rate. They assume that we are tourists and will insist on an exorbitant rate. Additionally, they have all kinds of little tricks such as…“The Monopoly” When you leave a mall or a tourist-y area, a group of rick drivers all park in a big group and swarm you when you come out. They will all offer only an unfair rate, because they’ve all discussed it previously and agreed not to compete with each other. If you go with a monopoly, you’re sure to pay at least ₹100-200 extra. “The Quick-Stop.” Sometimes a driver will offer you meter rate, but them mutter out of the side of his mouth, “meter, with quick-stop!” They will then take you to one of their friends’ shops before your destination and the shop of owner will be extremely offended if you don’t buy anything. And, of course, you can be sure the driver is going to get a cut. Emily and I have devised a few tricks of our own but that’s a blog post for another day!

Y’all. The food here is incredible. Any Indian food you can get in the US is a weak, yellow curry, wanna-be. The other day, we tried this dish called Gobi and it was like a party in your mouth. Know what it was made out of? Cauliflower. That’s right. They do things to cauliflower here that I didn’t think was possible. Plus, our city has an abundance of Western chains so we can still have our fix of Starbucks, McDonald’s, Papa Johns, or KFC (which is somehow WAY better than American KFC). 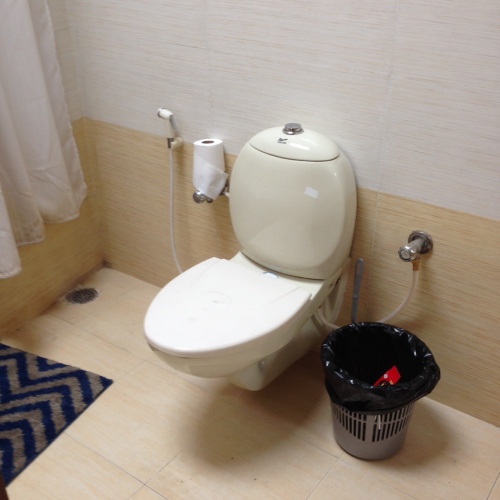 I don’t know if my stomach is adjusting to not having American chemicals and GMOs jammed into all the food it gets, or if it’s adjusting to food exposed to who-knows-what because there ARE not pesticides or preservative added to food growing in whatever crazy ways it grows here. Either way, I’m getting pretty acquainted with the toilet. It’s not all bad though. I found a good language learning app on my phone so I utilize toilet time to review Kannada flash-cards!

The people here are incredible. And I’m not just saying that, I’ve been to cities where the people all looked like they wanted to hurt me (I’m looking at you, St. Louis). Indians are accommodating, friendly, thoughtful and hospitable. They are understanding of all our cultural flaws and encouraging of every baby-step we take to get to know them. I love seeing woman walking down the street in beautiful, colorful saris, and I love to watch Indian men (who are the sweetest dads ever!) play with their kids in the park. If I could change one thing about them, it would be that they would simply believe in themselves more. They consistently look to Emily and I as Western experts in every aspect, but we try to always smile and say, “what do you think?” Our goal here is to feed them from underneath.

Yuck Duck: Being a minority

As a white male who grew up in the US, I never really knew what it was like to be a minority. Now, I suddenly understand what all my hispanic, black, asian etc friends back home deal with on a daily basis. It’s hard to explain. Walking down the street and having more people look at you and children point at you because your skin is a different color doesn’t feel that bad after a day or two of it. But after three weeks of it, you start to become keenly aware of just how different you are every time you walk outside. And another thing… If you are from another country in the US and I’ve tried to start conversation with you in the past by asking, “So where are you from?” please forgive me. I am soooooooo tired of answering that question everywhere I go!

This is not by any chance an exhaustive list, but hopefully it gives you the jist of what life is like over here, the good the bad and the ugly. We love you and miss you all! Don’t hesitate to drop us a line and say hi! We’ve been a little behind on emails, but we’re finally starting to get set up in our new home and get back in the game!