One of the things people warn you about living in a place like Mauritius is “Island Fever.” Not an actual physical illness, Island Fever instead is that aching feeling you get when you live somewhere where it’s impossible to drive more than 2 hours in a straight line without hitting the coast. It begins to make you feel isolated, out here in the middle of the ocean with no end in sight. But that’s also how it feels living so far from all of you, our friends and family. We often use this blog to share a lot of fun things about our lives with you, but you often don’t hear about the painful things because that’s just not what you normally share on social media. That’s why this month, we want to take a moment to put something very vulnerable out there. Something that we’ve suffered from in silence for some time. But now we feel that putting it out there in the open will be healing because, even though some of us live in Mauritius, no man truly lives on an island…

Emily and I are infertile.

Around the time when we first moved overseas in 2014, we felt that one big life transition had come to a close and we now had the wherewithal to focus on the next big life transition: becoming parents. But over the past 2 and a half years, we’ve counted the months as they’ve rolled by with negative pregnancy tests, watching friends announce pregnancies and give birth, adopting the roles of “Auntie” and “Uncle” for all of our friends’ kids, but never the roles of “Mama” and “Papa.” 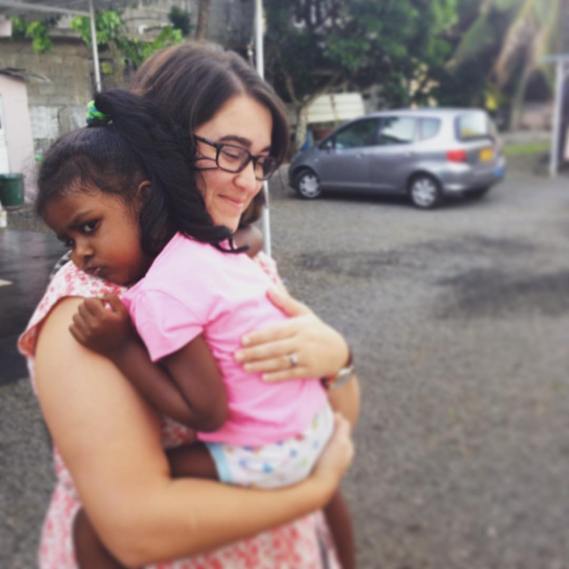 Many of you know our story, about unexpectedly having to leave our first home overseas and all the trials we faced during that time. But this is the story that was going on behind the scenes of that story. We had lost our home, our work, and we weren’t able to start a family. We felt like we had nothing in the world left except for an equally suffering spouse and a somewhat distant, yet still small voice of God. It was a very lonely time. While we were in the States, we were given the opportunity to visit some doctors and have things checked out. We learned that we are in the 1/3 of infertile couples in which both the husband and the wife have physical issues affecting their ability to conceive. We were met with conflicting advice about moving forward from doctors who disagree with one another, both claiming to have the latest research proving why they are right and our other doctors are wrong. We’ve continued to pursue possible medical routes in hopes that we could naturally conceive but have so far had no luck.

Earlier this year, we began to look into alternative ways to build our family. We had previously felt that to do this would be to adopt the attitude of Sara when she said to Abraham to just take Hagar and solve the problem. Were we just out to get a quick fix to the problem? But something had changed this time. We began to feel that God was leading us to go get our kids. So we’ve been looking into some promising options.

We had hoped to write this blog post announcing one of those options we’ve decided to move forward with. However, just before we sent it out, we received some emails informing us of some obstacles we weren’t previously aware of. Back to the drawing board. We wrestled with whether or not to write this blog post, since we couldn’t offer you any idea of how we’re moving forward. But then we decided that this is part of the journey. This year has been full of pursuing new ways to grow our family, only to have unexpected problems arise and figure out how to work around them. We hope to share with you how our family is growing very soon, but today we just wanted to vulnerably tell you what’s been going on so you have a snapshot of what this journey is like. We have some answers right now, but not a ton of them are really crystal clear yet and that is something we’ve had to learn to live with in this journey as God has used it to teach us patience, love, and humility.

I’ll end with this. An unexpected side effect that infertility has brought about has been a new sweetness in our marriage. There’s something about grieving together that seems to tie our heartstrings together as one. That’s why Jesus teaches us to bear one another’s burden and to weep with those who weep. And that’s why we’re telling you about this now. We love each of you who read this blog and we want to grow in depth of relationship with you. Below is a clip from the movie Up that Emily and I sat down and watched together through tears the other day. We want to share it with you now because, even though it’s about a husband and a wife, it’s also simply about people and how we see God in one another when we face those awful, unfair realities of life and somehow our being together and loving one another makes it okay again. We hope that it will encourage you as much as it does us, and we also invite you to send us an email if you’re ever going through your own sorrow, so that we can mourn with you too.